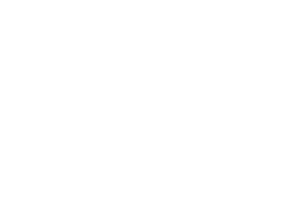 The same pointer for all instances
Under certain conditions, this behavior may be unacceptable. Especially if we are talking about multithreading. Apple recommends using value types.

If the instance passed as `object` is being accessed by multiple threads simultaneously, this function may still return `true`. Therefore, you must only call this function from mutating methods with appropriate thread synchronization. That will ensure that isKnownUniquelyReferenced(_:) only returns `true` when there is really one accessor, or when there is a race condition, which is already undefined behavior.
Identity Operators
Because classes are reference types, it's possible for multiple constants and variables to refer to the same single instance of a class behind the scenes. (The same isn't true for structures and enumerations, because they're always copied when they're assigned to a constant or variable, or passed to a function.)

It can sometimes be useful to find out whether two constants or variables refer to exactly the same instance of a class. To enable this, Swift provides two identity operators:

Note that identical to (represented by three equals signs, or ===) doesn't mean the same thing as equal to (represented by two equals signs, or ==). Identical to means that two constants or variables of class type refer to exactly the same class instance. Equal to means that two instances are considered equal or equivalent in value, for some appropriate meaning of equal, as defined by the type's designer.

Use these operators to check whether two constants or variables refer to the same single instance:
Value Types
Value types are referenced completely differently than reference types. A value type instance is an independent instance and holds its data in its own memory allocation.
So, what's the core difference between these two types? The quick and dirty explanation is that reference types share a single copy of their data while value types keep a unique copy of their data.

Different pointers for all instances

Value types
Reference type
Original source:
www.raywenderlich.com
Pointers
In order to pass to the function not the object itself but a pointer to it you need a keyword inout. With reference types, this is not so important, since they are already passed by reference. But if we are talking about value types this can be useful.
Characteristics of Memory Access
There are three characteristics of memory access to consider in the context of conflicting access: whether the access is a read or a write, the duration of the access, and the location in memory being accessed. Specifically, a conflict occurs if you have two accesses that meet all of the following conditions:

One consequence of this long-term write access is that you can't access the original variable that was passed as in-out, even if scoping rules and access control would otherwise permit it—any access to the original creates a conflict. For example:

In the code above, stepSize is a global variable, and it's normally accessible from within increment(_:). However, the read access to stepSize overlaps with the write access to number. As shown in the figure below, both number and stepSize refer to the same location in memory. The read and write accesses refer to the same memory and they overlap, producing a conflict.

When it comes to global variables or structures that are passed as an in-out parameter. It is necessary to ensure that there is no access conflict during the read/write operation. Usually, the compiler itself will warn about this.

Use a value type when:

Use a reference type (e.g. use a class) when:

var and let function differently for reference types and value types. Notice that you defined Owner as constants with let, yet you were able to change the name property. How's that possible?

For value types, let means the instance must remain constant. No properties of the instance will ever change, regardless of whether the property is declared with let or var. But you can change the property if you add the keyword nonmutating
The Role of Mutation in Safety

One of the primary reasons to choose value types over reference types is the ability to more easily reason about your code. If you always get a unique, copied instance, you can trust that no other part of your app is changing the data under the covers. This is especially helpful in multi-threaded environments where a different thread could alter your data out from under you. This can create nasty bugs that are extremely hard to debug.

Because the difference is defined in terms of what happens when you change data, there's one case where value and reference types overlap: when instances have no writable data. In the absence of mutation, values and references act exactly the same way.

Original source:
developer.apple.com
hackingwithswift.com
What's the difference between == and ===?
Swift gives us two equality operators, == and ===, that do slightly different things. You will almost certainly need to use both of them so it's worth taking the time to learn them.

First, == is the equality operator, which tests that two things are equal for whatever definition of "equal" those things use. For example, 5 == 5 is true because there == means an integer comparison, and the same is true for other built-in value types such as strings, booleans, and doubles.

Things get more complicated when == is used with a struct you built, because by default they cannot be compared – you need to make them conform to the Equatable protocol.

In comparison, === is the identity operator, which checks whether two instances of a class point to the same memory. This is different from equality, because two objects that were created independently using the same values will be considered equal using == but not === because they are different objects.

The === operator is available only when using classes because structs are designed so they are always uniquely referenced.